With commercial real estate brokers, their required fiduciary is equal to the highest standard and level of care implied by federal law. You cannot avoid dual agency by sitting on both sides of the table.

The listing broker’s primary obligation is to get the tenant to sign the lease quickly as possible because “time kills all deals”. This is an industry secret and any honest broker will tell you this. The landlord’s main focus is on maximizing the value of the building through rent income, lowering expenses, better occupancy, and rising tenant obligations. A broker who has a listing on an office building has a fiduciary responsibility to the landlord, whose primary goal is to get an above-market lease out of the office tenant.

How is dual agency still legal in California?

Dual agency is a hot-button issue in commercial real estate. Office tenants are better served when they have their own representation. Several states have banned dual agency, however, it’s legal in California. The pitfall with dual agency is that the listing broker may be unethically influenced by the double commission. Since the dual agent receives a commission on both sides of the deal, he/she may become over-incentivized to close the deal at any cost. In this scenario, the interests of the tenant are not met. Furthermore, it is possible that a dual agent may be tempted to not disclose something relevant because he/she will lose out on the double commission.

Based on general business principles dual agency is not a sound practice because a conflict of interest is inherent. A few questions can be answered satisfactorily by both parties. This can help address conflict, however, it does not alleviate the problem. Success in a transaction is gauged by the tenant’s level of confidence with the dollars and terms that are met. The dual agent cannot focus on negotiating for the lowest price and for the highest price at the same time.

California lawmakers attempted to place limitations on dual agents which states that a dual agent “may not disclose what the other party is willing to settle for, without written consent by the seller” and vice versa. However, nothing except the price was addressed, and the ruling on confidential information remained ambiguous.

Using a tenant rep specialist is the way to go

In closing, equal allegiance is unlikely, and the leasing agent can be unfairly influenced by a lucrative long-standing relationship. It’s due to the many prior transactions. In residential sales, it’s easier to contain it, but with office buildings, the listing agent may have done the leasing for 10 to 30 other tenants. Again, sound business principles would dictate that an office tenant representation broker is the way to go.

If you find yourself in an office lease transaction in Southern California and you are wanting to be represented fairly, give one of our office tenant representation specialists a call today for a free consultation at 562-362-6500.

Negotiation efforts to lower the rate by a nickel or dime per rentable square foot per month can fail which leaves other areas to reduce costs.   Without an expert on your side, these are missed.  Dedicated representation looks at all factors that affect cost, risk and tenant obligations.   Motivations and the landlord’s accounting methods are examples. A tenant rep who is a 100% on your side  can help you navigate. The Long Beach market commissions are paid whether you use their guy or have your own. 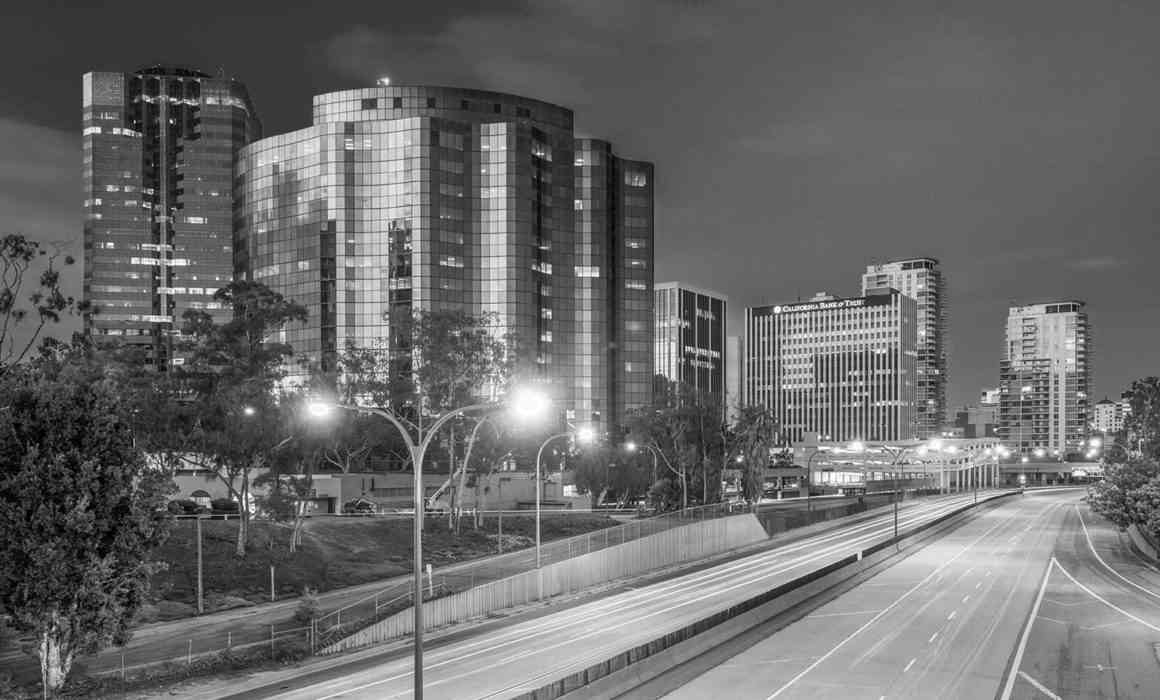 Listing Brokers and Leasing Offices’ Allegiance Lies with the Landlord

Tenants and Landlords are two different animals, each with different goals. The listing brokers and leasing office are beholden to the landlords because the landlord is the more lucrative client. This is where their true allegiance lies. How can they then turn around and negotiate the lowest possible rent for you ?

Until there is competition and representation, landlords almost never give tenants bottom-line economics.  If what the market bears is unclear or you are sending signals that you are staying put, your leverage is weakened.

The best case is where there’s no inherent conflict-of-interest, and where it’s ethics and legality to represent you 100% to get the best space at the best price.

Naturally, fees are always a big question.  Instead of all the commission going to one party, it gets split between two. You don’t save by not having your own guy advocating and protecting 100% on your behalf. Herein lies the dirty little secret of commercial brokerage.

Parker Advisors Represents the Office User Not the Landlord

Parker Advisors understands the process on both sides, and we’ve built many years of trust and goodwill with brokers and owners for one simple reason – Reduce your lease expenses. 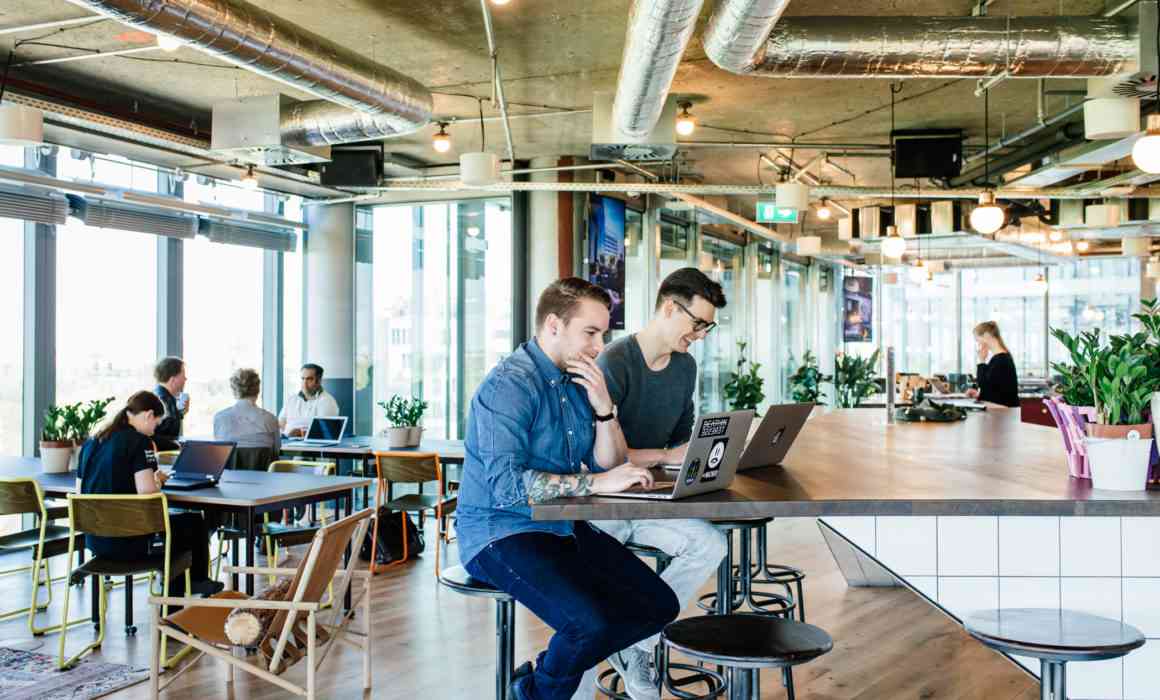 What is the New Creative Office:

It’s a dramatic shift in how we use space because it’s smaller & smarter.  They are studios or team-based environments with new common areas.

While efficiency, technology, visibility, and flexibility are all elements, hot-desking o(or hoteling) has all of these elements.  Employees in the field don’t need a permanent cubicle or office. “Free flight” technology makes this possible, and you’d be surprised how even the top performers state the benefits can outweigh traditional work space.

Professionals or freelancers can afford to share workspace that promotes camaraderie, good energy, and new business. They are modern efficient open environments that offer various amenities and time-savers valued most workers.

In the end, the new creative office is more expensive with furniture systems, new design and technology.

Who is doing it ?

It’s not just for creatives, new media and technology anymore.  And,  it’s not just for millennials (ages 18-32) .  Varying industries are experimenting are transitioning, and you’ll see it in administration, engineering and technology.  Paramount importance is given to attracting and retaining talent.

Efficiency, character and distinctive looks largely impacts talent recruiting and retention. This is an example of the less obvious reasons to go creative.  It can be bragging rights similar to what going-green can do.  If a green project doesn’t pencil out, it improves image and in this case “just being able to say you did it” can differentiate you from your competitors. 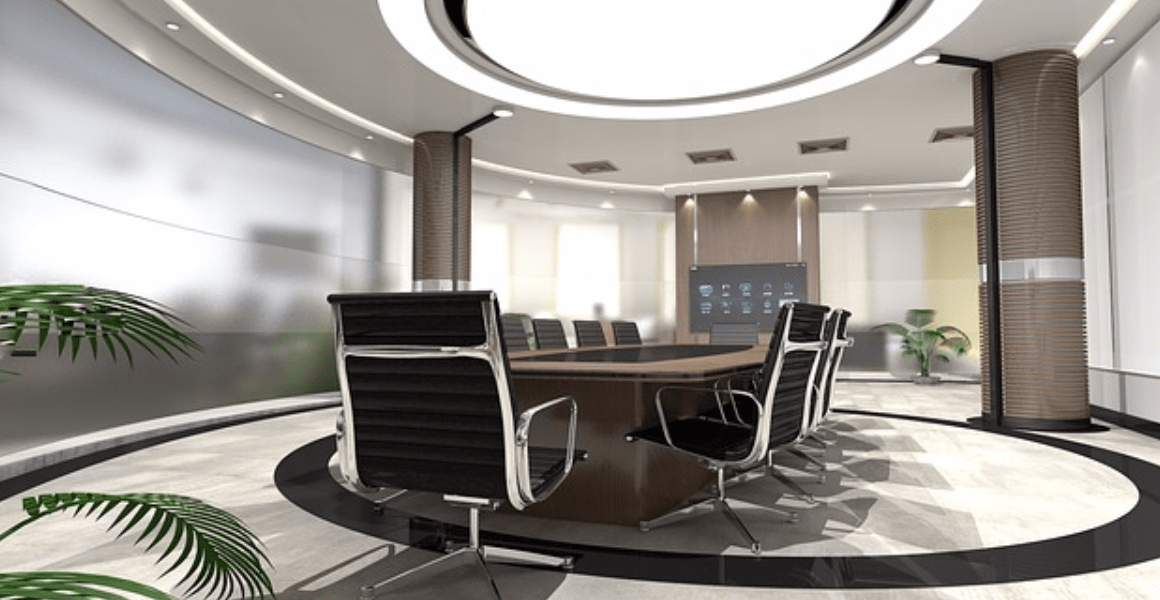 Whether you are looking for new office space, or simply a renewal on your lease, it is critical that you hire an office tenant representation specialist – someone that ONLY has your best interests in mind.  A tenant rep broker has a fiduciary responsibility to make sure that all of the tenants needs and concerns are met especially dealing with a landlord that believe it or not will have its own representation. Here are some of the reasons that having someone on your side of the negotiating table will help you avoid the common mistakes of trying to represent yourself while getting the ideal office space location at the best possible price at no cost to you.

Commissions/Fees – A Tenant Rep doesn’t cost YOU anything

Dollars- What you don’t know can and will cost you

We recommend that a tenant take the time to consult with one of our long beach office market specialists who can answer any and all of your concerns, provide expert advice at no cost to you and without any risks or conflicts of interest. 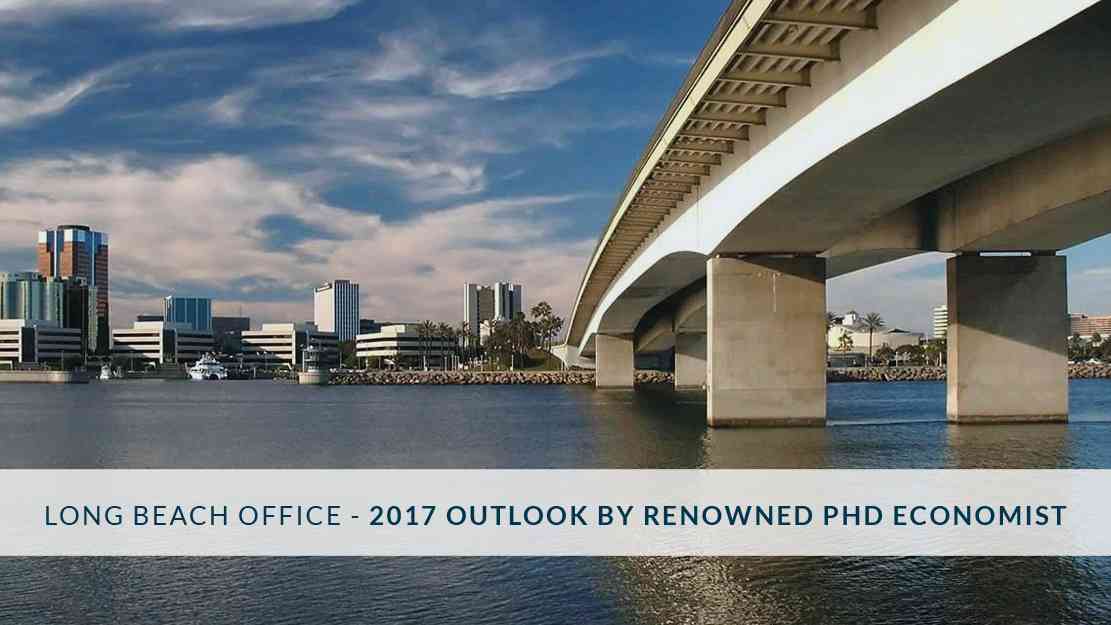 Demand for Office Space in Long Beach and the South Bay area remained strong last year, as new tenants filled up renovated vacant spaces.  Existing tenants expanded footprints in downtown and suburban submarkets. Trends of a tightening market, including falling vacancy and rising lease rates, are expected to continue into 2017 according to local sources.
According to Christopher Thornberg, an economist and founding partner of Beacon Economics, recent market trends are positive, with growth in consumer spending, employment and business investment. He said 2016 saw a roughly 2.5 percent net growth rate for U.S. gross domestic product (GDP) and this year will see similar economic output.
“Recent trends are good,” quotes Thornberg. “Consumer spending is continuing. Labor markets are tight. Wages are up. The slowdown from exports and a contraction in mining has hit bottom and is starting to come back. Corporate profits are back too. In other words, there’s a lot of indicators that we’re coming out of 2016 with solid momentum.” Kleinhenz states,  “It’s still too early to tell how policy changes from President Donald Trump’s administration will impact the economy.  The transition has created market uncertainty.”
As for the local economy, the Los Angeles area remains on a positive trajectory with 1.6% growth and demand for a desirable environment for thriving industries, Thornberg said.
Despite changes over the last few decades, Long Beach’s economy continues to be driven by healthcare, aerospace, tourism, hospitality, logistics, professional business services, legal, architectural and engineering.  According to Robert Kleinhenz Phd, executive director for Beacon Economics, industries most prevalent in Long Beach have recently seen employment gains and should see more hiring and expansion in 2017 as long as the economy continues to grow. “To the extent that the economy is growing, those industries ought to see hiring and
expansion [in 2017],” he said, noting that Long Beach’s unemployment rate is currently5.2 percent, down from a 6.2 percent the year prior.
The fastest growing industry in Long Beach has been healthcare, Kleinhenz said, noting that Molina Healthcare in particular has grown substantially with large staff increases.
Growth has been driven by the Affordable Care Act and proximity to healthcare facilities, he said.
Though jobs were lost due to the closure of Boeing’s C-17 manufacturing plant, aerospace still thrives locally, Kleinhenz said, noting that Virgin Orbit, Gulfstream and subcontractors have taken up space at Douglas Park near Long Beach Airport. Long Beach should also see more tech firms, he noted, adding that the city has
positioned itself to attract the tech industry that often provides high-paying jobs in an eco-friendly environment.
Kleinhenz added that, although other parts of the South Bay market are seeing vacancy drop faster, vacancy in Long Beach should continue to fall while lease rates rise this year.